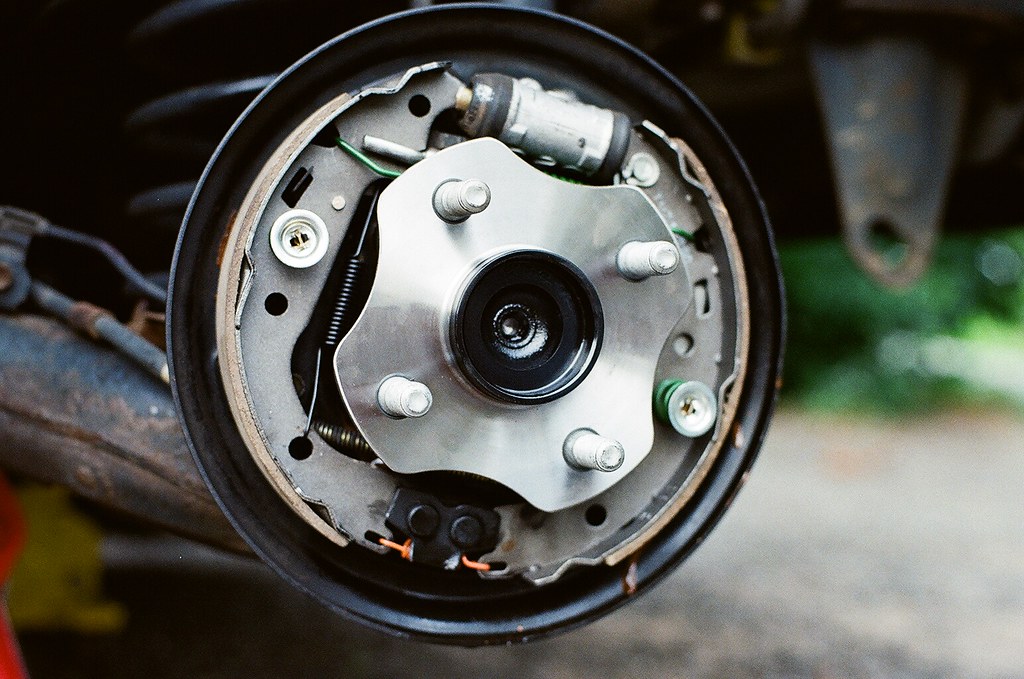 If you own a car, eventually the day will come where something breaks. That’s just how things work. Usually, when people think of major problems that can come up with their car, they think of rust or a faulty engine or transmission. Certainly, these are serious concerns and you should be well informed if either of them happens. But often overlooked is a problem I have experienced myself – rear wheel bearings going bad.

More common on older cars, but by no means exclusive to this group, rear-wheel bearings have several jobs in vehicles. They keep your tire properly seated against the hub they allow for easy rotation by facilitating motion between the two parts.

Over time, how does that work?

Usually measured in years -the bearing inside the hub corrodes and debris gets in there. The dirtier the environment, the more quickly this will happen. Eventually, it gets to the point where the bearing can no longer do its job and should be replaced. When this happens, you’ll feel a noticeable wobble while driving down the road at speed or hear an audible “whirring” sound when you apply pressure to the gas pedal (or any other time).

Unfortunately, repair costs for rear wheel bearings run fairly high, often totaling $200-$300 many years after the car is produced – often even higher than that if they’re not something common to see needing replacement. This seems especially pointless when cars are only lasting half as long as they once did before major problems arise thanks to increased rust/corrosion problems.

One way to make sure this doesn’t happen is to regularly check your wheel bearings – especially if you have an older car with rear-wheel bearings known for going bad. Unfortunately, not everyone knows how to do so, and the ones who know often don’t bother – either because they doubt it’s a problem or because it’s such a pain in the butt that they’d rather not deal with it.

To check your bearings, slowly rotate your tire while looking at the gap between it and the hub on both sides of the vehicle. If there is more than 0.5mm (1/64″) of play, you’ve got yourself a problem that needs fixing and will likely only get worse as time goes on. It sounds like a lot of play, but when you factor in the weight of the car and how fast your wheels are rotating, they need to be tight.

There is an easy way around this problem though:

Replace them before they go bad! Not everyone wants to do these themselves though. If you don’t want to or can’t afford to take it into a shop, there are alternatives out there that will help keep your bearings safe for significantly less than what shops would charge you for doing the same job (usually).

Rather than using a c-clamp as most others do, most people picked up one with cushioned jaws specifically for this task. It’s not that we saw one and thought it was better. This is why it pays off to read up on what you’re buying, especially if it’s something like this where your money could be wasted if you make the wrong purchase!

Read More: How much do firefighters make an hour? All you want to read

Of course, like most other things in life nothing ever works out perfectly. The tool broke within about 3 months after owning it.

So while $10 seems well worth the investment in avoiding a much larger bill later down the line, keep in mind that are no guarantees when it comes to the lifespan and you might end up having to replace it anyway. If you’re planning on using this tool more than once, try finding a better quality one as they will typically last much longer.

The other issue knows when to replace your bearings. Some people recommend doing so even if they feel like they still work (on the assumption that it will only get worse), but this can be difficult as well given how tight car parts are often made these days. As such, unless you plan on taking apart every moving part of your vehicle looking for wear; just follow the earlier suggestion of checking them periodically for play in the case where you have an older car or one with known rear wheel bearing problems.

All things considered though, the choice is pretty clear – replace your bearings before they go bad and have to potentially spend a lot more money down the line or risk paying for it later. To be fair though, it would likely cost a lot less if you did this all you rather than depending on a shop to do so – especially if you have access to tools like this.

Do you take care of your bearings or leave them to chance? Have any advice based on what works (or doesn’t work) after replacing it? Let us know in the comments below! Author: Jason Lancaster

It’s a pretty common problem with cars, but some people either don’t know how or are scared to replace their bearings. Worse yet, others don’t do it often enough and end up with an even more expensive problem later down the road. Spending less than $10 on a tool is worth avoiding future problems, while it might be cheaper to just have your mechanic take care of it.

Repair costs can vary greatly depending on who does the work, so be sure to check out reviews before you hand money over for anything! This way you won’t get stuck paying for something that was never done correctly in the first place. Article Summary It’s a pretty common problem with cars, but some people either don’t know how or are scared to replace their bearings.

Worse yet, others don’t do it often enough and end up with an even more expensive problem later down the road. Spending less than $10 on a tool is worth avoiding future problems, while it might be cheaper to just have your mechanic take care of it.

Does A New Consumer Unit Need To Be An Expensive Investment?