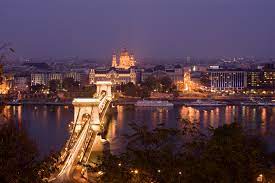 Budapest is an inspiring city surrounded by beautiful parks and green areas, with stunning architecture, a vibrant café culture, and comforting food. The magnificent Danube runs between the Buda and Pest sides of the city, adding to the city’s charm. The town is a great place to live, so it’s no wonder so many people want to move there. This guide is all about the cost of living in Budapest in detail.

Cost of Living in Budapest

Budapest’s life differs from that of Bristol, England, or Boston, Massachusetts (USA). Although English is rapidly gaining popularity as one of Hungary’s other most popular languages, Hungarian and German are Hungary’s second languages. Those who talk in Hungarian or German will have an obvious advantage. A great deal of English is expressed as a second language by residents under 40. These are the factors that affect the cost of living in Budapest.

The factors that affect the cost of living in Budapest

Cost of Transportation in Budapest

A reliable and on-time service is provided by all buses, trains, trams, trolleys, and metro lines. Despite slow but steady upgrades, even the most outdated stations in the metro system are generally safe. Keeping the cost of living low in Budapest is made possible by the 9.500 HUF monthly BKV pass covering all modes of transportation.

Read more:What is Pin Type Insulator? Its Properties, Working Along With Pros And Cons

Budapest, however, is a city that is primarily suited for walking. Saving money, exercising, and staying fit is a good ideas. As you stroll down the city’s boulevards and side streets, you get a feeling of freedom and exploration that many ex-pats enjoy. Renting a car can be done at a reasonable price if you do need one. As part of the city’s efforts to make people’s lives easier, the Budapest Bicycle system (Bubi) was installed in recent years.

If you want to drink and go out, you can also take a taxi (Hungary is a zero-tolerance country for driving under the influence). If you need to travel in the early morning hours and need to depend on public transportation, a tram runs 24 hours a day in central Budapest.

Cost of accommodation in Budapest

Nowadays, finding a flat in Budapest might not be as straightforward as it used to be. Rental prices in Budapest have increased so much that they are comparable with those in other Central European cities due to the high demand for accommodations.

It is no longer possible to find a wide variety of low-priced apartments. A real estate agent who will help you locate what you are looking for is the most convenient and effective way to locate a flat. Owners typically only rent long-term due to the agent’s commission; as a result, make sure you sign a one-year contract with the agent.

It is also possible to find daily rental offers by joining a few Facebook groups for ex-pats. Once you have contacted the property owner or estate agent directly, you can arrange a meeting.

Cost of healthcare in Budapest

You will likely have to pay around 10,000 HUF/month per person for health insurance for yourself and your family. EU citizens should order their free EHIC (European Health Insurance Card), which covers emergency medical treatment, and keep it always with them. Those working in Hungary can access the state healthcare system through social security contributions. The system is functional, but there may be issues with the language.

Alternatively, you can pay for private medical services at the time of treatment. Recently, an acquaintance received a knee MRI for which he paid approximately 45,000 HUF. There was a charge of about 15,000 HUF per doctor’s consultation and 16,000 HUF for blood tests; not bad, considering that it was all private, with no insurance.

Private healthcare is on the rise in Hungary, and there are several options for a personal healthcare package that is relatively affordable based on international comparisons.

Dental tourism is still a big business in the UK, Ireland, and other countries because Hungarian dental care is so popular and reasonably priced. Finding a dentist you like will keep you happy throughout your treatment.

Cost of education in Budapest

University rankings are available for several Budapest schools, including Eötvös Loránd University, which features in the Shanghai Academic Ranking of World Universities 2020. Besides Budapest University of Technology and Economics, Corvinus University of Budapest is also located in Budapest.

Hungary does not offer free higher education, with tuition fees ranging from £10,730 to £10,880 per year. It’s estimated that you will spend around £3,679 per year at Eötvös Loránd University.13 There are also application and entrance fees to consider.

Overseas students have access to some scholarships and state-funded places.

Cost of food in Budapest

Of course, many beautiful restaurants, cafés, bistros, and bars in the city are an excellent choice instead of dining at home. In order to avoid paying around 6,000 HUF for a set “traditional” menu in the main touristy places, avoid the main touristy places. Three-course meals for two people in smaller restaurants will cost you about 3600 HUF. A delicious soup, a main course, and a cake cost 1800 HUF per person!

The beer in bars is also very affordable, with a large glass costing on average 700 HUF. There is no doubt that supermarket prices will be significantly lower if you purchase them there. It is not uncommon for Hungarian sparkling wine to start at around 1,100 HUF per bottle, and excellent wine begins at as little as 1,500 HUF per bottle.

You can find numerous bakeries throughout Budapest, where you can purchase fresh bread daily. Wide varieties of bread are available, such as white sliced bread and whole grain bread. Hungarian treats, such as Budapest lángos, desserts, and pastries, are also plentiful. In the city center, vegan cakes cost about 1,000 HUF, but they become more expensive the closer you get to the center.

Is Budapest an expensive city to live in?

Over the past few years, Budapest’s living costs have increased. Even so, Budapest’s cost of living is almost 55% lower than New York City. It would cost around 175,000 HUF per month for a single person to live reasonably in Budapest.

In Budapest, what is a good salary?

A salary of 300,000 HUF (817 euros) is currently the average in Budapest, Hungary, in 2022. Budapest’s wages are considerably higher than those in the rest of the country. Budapest offers many opportunities for ex-pats despite its seemingly low average salary.

Budapest is an expensive city, isn’t it?

Since Hungary is not a member of the Eurozone and because the Forint, the national currency of Hungary, has decreased in value in recent years, it is still one of the cheapest cities to visit in Europe. Thus, companies are increasingly interested in opening offices in Hungary.

The Top 5 Reasons to Use a Fitness Tracker for iPhone