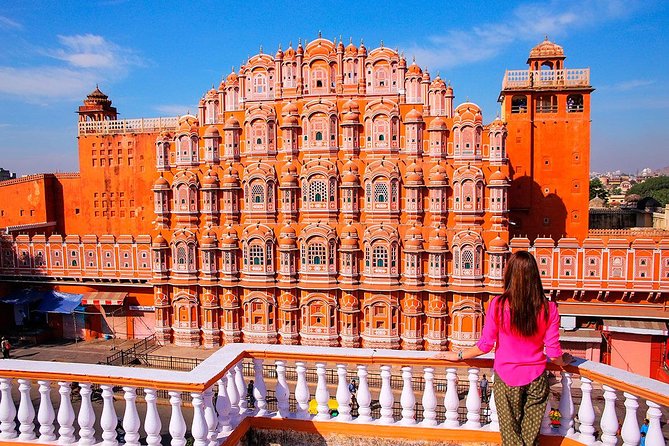 A solo trip is a vacation that you take by yourself, without any companions. Jaipur is one of the most popular tourist destinations in India and is perfect for a solo trip. There are plenty of things to see and do in Jaipur, from exploring the city’s many historical monuments to shopping in its vibrant markets. Jaipur is also a great place to try out traditional Rajasthani cuisine. And let me clear one thing Jaipur is not only a solo traveler destination but also so many group tour packages are available on fourwheeldriveindia.com.

What You Can Explore on your Solo Trip to Jaipur?

There are many things to explore on a solo trip to Jaipur. The city is rich in history and culture, and there are many beautiful temples and palaces to visit. You can also go on a camel safari or take a hot air balloon ride over the city.

Places to Visit While You’re Solo Trip to Jaipur

The Amer Fort is located in Amer, Rajasthan state, India. Amer is a town with an area of 4 square kilometers located 11 kilometers from Jaipur, the capital of Rajasthan. Located high on a hill, it is the principal tourist attraction in the Jaipur area. The town of Amer was originally built by Meenas, and later it was ruled by Raja Man Singh I. Amer Fort is known for its artistic Hindu style elements. With its large ramparts and series of gates and cobbled paths, the fort overlooks Maota Lake, which is the main source of water for the Amer Palace.

The City Palace complex also houses several gardens and parks, which are perfect for spending some time amidst nature. The gardens and parks include Sileh Khana, Udai Singh Statue Park, Ram Niwas Garden, and Jaleb Chowk.

Hawa Mahal is a palace in Jaipur, India. It is constructed of red and pink sandstone. The palace sits on the edge of the City Palace and extends to the zenana, or women’s chambers. The structure was built in 1799 by Maharaja Sawai Pratap Singh, the grandson of Maharaja Sawai Jai Singh, who was the founder of Jaipur. Hawa Mahal has the shape of the crown of Krishna, the Hindu god. It has 953 small windows and casements. The windows are decorated with intricate latticework. The palace has a pyramidal structure, with five storeys. The top storey has a small dome.

Nahargarh Fort stands on the edge of the Aravalli Hills, overlooking the pink city of Jaipur in the Indian state of Rajasthan. The view of the city from the fort is impressive. Built-in 1734 by Maharaja Sawai Jai Singh II, the fort was originally named Sudarshangarh, but it became known as Nahargarh, which means ‘abode of tigers. The fort was constructed as a place of retreat for the royal family. It was later extended by Sawai Ram Singh II and Sawai Madho Singh II. The fort has a series of courtyards, gardens, and pavilions.

Jal Mahal is a palace in the middle of the Man Sagar Lake in Jaipur city, the capital of the state of Rajasthan, India. The palace and the lake around it were renovated and enlarged in the 18th century by Maharaja Jai Singh II of Amber. He wrote that Jal Mahal was ‘the ideal location for duck shooting’. The palace has the appearance of a floating structure and is built of red sandstone and marble. The Jal Mahal palace has five storeys, each of which is progressively set back so that each storey is partially hidden from view.

Zero 10x: The best way to get from point A to point B

Zipping Around on the Xiaomi Scooter in Canada

Simple Travel Habits to Adapt for a Great Trip