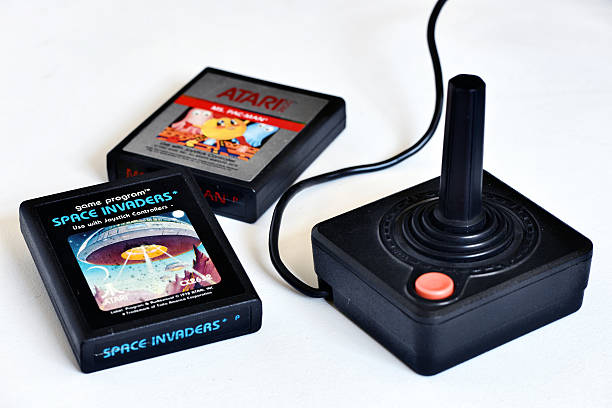 Today marks Pacman 30th anniversary , one of the most classic and beloved video games of all time. For many of us, Pacman was our first foray into the world of video games. It’s amazing to think that a game that was released in 1980 is still so popular today. In fact, Pacman has never really gone out of style. Here are some reasons why this classic game is still relevant and enjoyed by people of all ages.

It seems like only yesterday that we were playing Pacman in the arcades. But it’s actually been 40 years since the little yellow guy first graced our screens. Can you believe it?

Pacman was created by Japanese game designer Toru Iwatani and released by Namco in 1980. It’s one of the earliest examples of a “maze” game, and its simple yet addictive gameplay has kept millions of people entertained over the years.

The object of the game is to guide Pacman through a maze, eating all the pellets along the way. But be careful! If you’re caught by one of the ghosts that roam the maze, you’ll lose a life. There are also bonus items that you can eat to score extra points, such as fruits and power-ups.

Pacman was an instant hit when it was released, and its popularity has only grown over time. The game has been ported to countless platforms, including computers, consoles, and even smartphones. And there have been numerous spin-offs and sequels over the years, such as Ms. Pacman, Pac-Man World, and Pac-Man Party.

So happy anniversary, Pacman! Here’s to many more years of munching pellets and evading ghosts!

The Evolution of Pacman

Pacman is one of the most popular arcade games of all time. The little yellow dot-muncher has been a part of gaming culture for over three decades, and shows no signs of slowing down.

The original Pacman was released in 1980, and was an instant hit. The simple yet addictive gameplay mechanics made it a huge success in arcades around the world. The popularity of Pacman led to many sequels and spin-offs over the years, including Ms. Pacman, Super Pacman, and Pac-Man World.

Despite its age, Pacman remains as popular as ever. There are now numerous ways to playPacman, including online versions, mobile apps, and even physical board games. The timeless appeal of this classic game means that it will likely be around for many years to come!

Why Pacman is Still Popular Today

1. Pacman is still popular today because it is a classic game that never gets old. The simple gameplay and 8-bit graphics are timeless and appeal to all generations.

2. Pacman is also easy to pick up and play, with no complicated rules or controls to learn. This makes it the perfect game for casual gamers or anyone looking for a quick fix of fun.

3. The popularity of pacman can also be attributed to its enduring popularity in arcades and other public places. Seeing the game in action always draws in a crowd, which helps to keep its popularity alive.

4. Finally, there is something nostalgic about Pacman that appeals to many people. It takes us back to a simpler time when video games were just beginning to take off, and reminds us of the joys of our childhoods.

It’s been 30 years since Pacman was released, and the little yellow dot-muncher has never gone out of style. He’s as popular today as he ever was, and his iconic status is only cemented by the fact that he’s still relevant and playable after all these years. If you’re looking for a bit of nostalgia or just want to play a classic game, give Pacman a try – you won’t be disappointed.

Read more: Wpit18 is a online webpage where you can watch online cockfights and also participate in it. In wpit18 event two roosters fight with each other and winning side cocks users will be awarded.