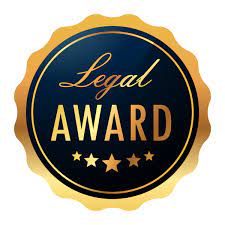 Legal Era’s 7th Annual Insolvency & Bankruptcy Summit 2022 held virtually on 14th October 2022 was a power-packed day-long gathering that addressed and shared perspectives and know-how on India’s path-breaking economic legislation – the IBC. The Summit saw participants including decision-makers from the world of law and business, eminent experts, elite business lawyers, global thought leaders, and professionals from across geographies and domains apart from insolvency practitioners.

Legal Era has been associated with Insolvency law from the Code’s inception. As well as the six Insolvency Summits hosted every year, Legal Era has been preparing statements and reports on the IBC and deliberating on them annually. This time too, the high-level conversations were on a range of new legal trends and developments in insolvency.

The Summit began with an Opening Plenary Address by Dr. T. K. Viswanathan, Chairman Bankruptcy Law Reforms Committee. He thanked Legal Era for the law award opportunity to defend the code time and again. Calling the Code a jewel in the Indian Statue Book and a historic law reform, he opined: “The relationship between law and social change is strong. And the IBC represents the current market realities in the financial sector. On the point of whether the law has failed to achieve its objective, the Standing Committee of Finance 32nd Report 2021 has made some recommendations that give the impression that the IBC is not achieving its stated objectives…But the IBC is futuristic in design. It can accommodate fast-changing technological developments. There is datafication of information. The SARFESI Act has been amended in 2016, landmark legislation in datafication. Big data is playing a role. For example, data on the impact of NCLT and NCLAT are available. Big data on the credit market is also available for IBC.”

Dr. T. K. Viswanathan made a pertinent point highlighting the IBC today represents a transition between the old legal order and the new legal order. “We are in the middle of this transition. Once the backlog is cleared, the credit market will be restored. Since big data on the functioning of the code is available, it is steadily measurable. And the code is not recovery legislation. So, judging it based on the number of cases of liquidation is not correct. The code has come up very well. When the transition is over, it will one of the most important legislations the govt has framed and will form an example for law reforms ahead. This law is constantly monitored by the govt standing committees. I have great faith in the law.”

Assuring Dr. T. K. Viswanathan that he didn’t need to defend the Code and that the Code fulfilled its purpose, Mr. Ravi Mittal, Chairperson IBBI opined in his Keynote Address, “The government and the regulator IBBI are keeping pace with the market. In the last year itself, it made more than 20 amendments. The IBC has helped the banks in solving the NPA problem since 2016. Out of over 12 lakh crore NPAs, over 2.5 lakhs crores NPAs have been resolved. And another 2.5 lakh NPAs have been withdrawn. This shows the code has changed the debtor relationship. This is the most important thing that the code has done.”

Mr. Ravi Mittal went on to share a couple of behavioural changes on how to implement the insolvency law: “

In his concluding thoughts, Mr. Ravi Mittal summed up three points essential to implement the law in its true spirit. “First, reduce delays as much as possible, delay leads to erosion of value. Second, maximize the value. Conserve the value, everyone will be happy. Third, don’t look at haircuts just based on banks or financial creditors. See it at the fair value at which the case comes to IBC.”

This was followed by a Special Address by Mr. Shardul Shroff, Executive Chairman Shardul Amarchand Mangaldas & Co. who highlighted concerns that needed urgent attention and would help to improve the legal practice around IBC. “There were 4 fundamental concerns that IBC sought to address when it was conceptualized. One, reorganization and insolvency resolution have to be done in a time bound manner for maximization of the value including alteration of the order of priority of payment of govt dues. Two, the process has to be decided based on commercial principles. Decide matters with the expedition. Else equity has lost its right to control the asset once its value has eroded. Three, creditors must be put in charge of resolving insolvency. From debtor in possession to creditor in control. There is a good justification for this model. And four, only sick companies know sick promoters. Section 29 has drastically changed this perception.”

Mr. Shardul Shroff continued to speak about the diverse positive features of the IBC ecosystem. “The code has created a class of regulated persons – insolvency professionals – who play a key role in the insolvency, liquidation, and bankruptcy process. An electronic database is created to eliminate delays and disputes about facts when disputes take place. Which authority has the power according to the value of the case – that is also solved with the adjudicating authorities. NCLT and NCLAT. There is a very active regulatory auth the IBBI which has oversight over the processes and professionals under the code gives a robust IBC.”

All the same, Mr. Shroff critiqued the Rainbow Papers’ judgment and passionately urged the need to bring an amendment. “Rainbow papers case has many more ramifications which will be raised in restoring the IBC to its original objective – the object is the revival in the expectation that a viable result will be achievement resulting in generally improving the Indian economic growth. One of the largest where dues are pending is government dues. Now government claims were never intended to be the top priority. These were fifth in priority in the code. That has been changed based on the may/ shall interpretation. There is no disbursement in case of govt dues – so how can it classify as a financial creditor – there is no security interest also created. The law has not created rights for statutory creditors. The intention behind the IBC is to protect the rights of financial creditors and operational creditors. So, all of us together need to urgently bring an amendment and clarify that there is a mistaken impression in Vidarbha and Rainbow Papers. Unfortunately, even the review has been dismissed. Else it is negative reform. A positive aspect of the IBC has become a negative aspect. The priorities have been changed. The govt now out of the blue stands in the same category of workmen etc.”

5 Reasons You Need a Lawyer After a Car Accident

Defining “Illegal Immigration” In The Eyes Of The Law