Habits Associated with Smoking and How to Deal With Them 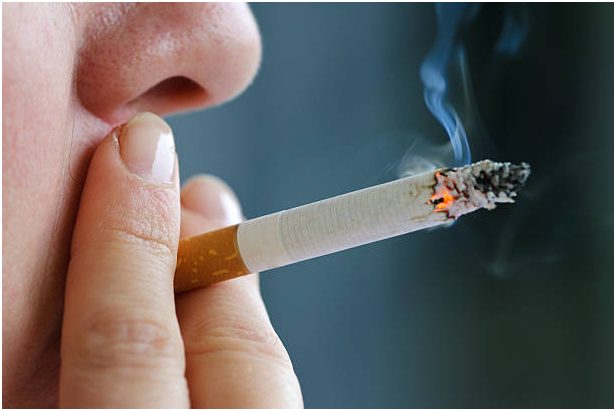 For many former smokers, giving up the habit was an enormous personal challenge. Even so, millions of others before you have succeeded, and you can do the same.

Learning the roots of your cravings is an important first step. Knowing your motivations for smoking will help you identify effective methods of quitting. Make a list of things that make you want to smoke, ways to deal with your cravings, and potential quitting strategies, such as nicotine-free vaping.

People usually try smoking for the first time between the ages of 9 and 10, and by the time they are adults, it has become a habit. It’s the result of years of smoking and an addiction to nicotine.

Yes. Nicotine is the main thing that makes people want to smoke, but the act of lighting up and the smell of tobacco also play a role.

Smoking starts as a habit but develops into a physical and psychological addiction. Several repetitive motions in the smoking act, such as taking smoke breaks, lighting up a cigarette, blowing smoke into the air, and clutching and burning the cigarette, play an essential role in smoking-related behavior. The hundreds of times a day that these things are done have made them into a routine.

Nicotine addiction is influenced not only by the act of lighting a cigarette but also by the aroma of the cigarette being smoked or the presence of a flame or lighter. Cigarettes can be waved around like a magic wand to help you unwind, simmer down, ease stress, or even replace the pleasure you get from eating (this is why most smokers are incredibly thin).

What is a Hand-To-Mouth Dependency?

The act of holding a cigarette is a major contributor to the compulsion to smoke and makes it hard to quit. This type of addiction is known as hand-to-mouth dependency.

What we call “hand-to-mouth dependence” is the repetitive motion of putting one’s hand to one’s mouth. When something is done so often that it becomes second nature, it might even start to feel necessary and desirable.

Anyone who smokes or has smoked can tell you that this is a sign of hand-to-mouth dependency. Many people who have made the decision to stop smoking cigarettes discover that they feel a profound loss of identity when they first stop.

Because of the associative practices at play, the motion of putting a cigarette in one’s mouth can quickly become a deeply embedded habit. During a quit attempt, reaching for a cigarette over and over and having less control over your urges could be a big risk factor for relapse. Smokers may be more successful using quitting aids that more closely mimic smoking, such as a vape with no nicotine.

Where To Find Vapes With No Nicotine Online?

The good news is that there is a company dedicated to assisting individuals in quitting smoking by providing them with vapes with no nicotine. If you are attempting to wean yourself off of nicotine, all you need to do is switch out your traditional pack of cigarettes for their disposable vape with no nicotine.

A company called Cyclone Pods, which makes disposable vape pens, has made vapes that don’t have nicotine. The only differences between their Nicotine-Free Gust Disposable and a standard vape pen are that it is disposable and doesn’t contain nicotine vape juice. The nicotine in these vape pens has already been removed, so you can enjoy a few hits without risking addiction.

If you are worried about nicotine and have an oral fixation or a hand-to-mouth habit, their products are a great choice. If you enjoy the aroma of tobacco, their Nicotine Free Gust Plus Bold Tobacco Disposable provides a similar sensation by simulating the flavor and aroma of tobacco when inhaled.

Use a Cyclone Pods product instead of cigarettes or nicotine vape pens for a smart way to cut down on nicotine for good. And since there’s no nicotine in this alternative to traditional tobacco cigarettes, you can kick back and relax without worrying about putting toxic elements into your body. Read reviews and testimonials from former smokers to get an idea of how Cyclone Pods are received.

Today is as good a moment as any to kick the habit of smoking. There is a wide variety of flavors, all of them fresh and minty, so that everyone may choose one they like. Visit cyclonepods.com if you’re curious about their offerings or want to give them a try. By switching to Cyclone Pods, you’ve already accomplished a major step in quitting nicotine for good.

Nicotine-free vapes are better for your health, your wallet, and your overall vaping experience, among other things. If you’re looking to avoid nicotine’s bad side effects without giving up the satisfying experience of vaping, you’re in luck.