Everything To Know About The Gemstone Topaz 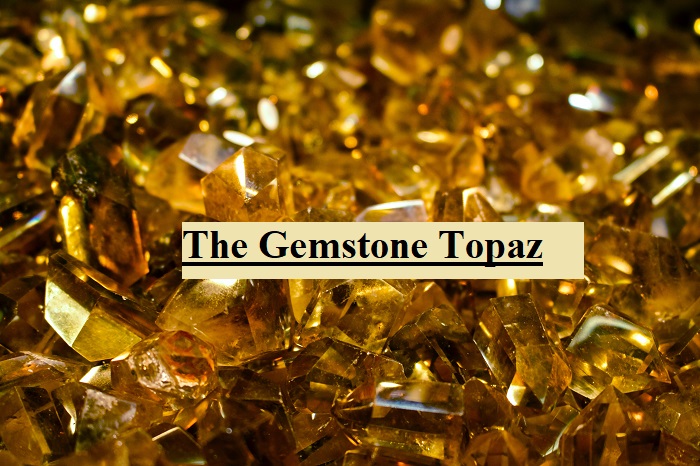 Every gemstone has a story of its own. The gemstone that we wear, as recommended by the astrologer according to our birth month and zodiac sign, not only keeps our mental and physical health at bay but also helps us in gaining success and prosperity in life. It is not that you need to wear a gemstone just because the astrologer recommended it; you can wear it for special occasions as well. For instance, you can prefer gemstone engagement rings for your special day to make it more important and special.

Topaz is one such gemstone that comes with a lot of remarkable properties. It is one of the colourless stones, but can host a beautiful array of colours. Some of these colours are natural while others are developed by human beings. This stone is one of the clearest, cleanest and crispest stones that has been discovered. In this article we shall be looking at some of the interesting facts about Topaz. If you are thinking of ordering diamonds or gemstones jewellery, there are many online and authentic shops that provide you with hallmarked jewellery. AG & Sons is one such jewellery shop in the UK where you will get different types of hallmarked and certified diamond and gemstone jewellery, such as platinum eternity rings, platinum diamond eternity rings, other different types of jewellery in diamonds and gemstones and so on.

Let us now have a look at some of the facts about the Topaz gemstone.

The history of Topaz

Like every other gemstone, Topaz has also an incredible history. It is believed to have originated from a small island called ‘Topazios’ (present day Zabardgad) in the Red Sea. The ancient name of the island, that is, ‘Topazios’, has been influenced by the Greek word ‘topazos’, which means ‘to seek’. It is the same island where people believe that Cleopatra had mined her Peridot. But there is no such evidence that suggests that Topaz was ever mined there. It is one of the reasons why these two gemstones have been confused time and again. The second reason why they have been confused with each other is the fact that they both are available in vibrant golden greenish shades.

There is another historical theory related to Topaz. It is believed that the word has been derived from the Sanskrit word ‘tapaz’, meaning ‘fire’. In the ancient time, it was believed that, if someone wore this gemstone, he or she would attract love and fortune. The mention of Topaz is also found in the Bible, as one of the gemstones among the twelve, that has been adorned in the breastplate of Aaron. The gemstone Topaz was discovered around 2500 years ago. In the ancient times, people used to believe that this gemstone would protect them against enemies and they used to wear it as a symbol of love and splendour.

It was also believed by people that, if they would wear Blue Topaz and Moonstone together, it might help them in setting a right mindset for weight loss. People of ancient Greece used to wear this gemstone to gain strength and mental peace and to get rid of insomnia. In Europe, during the Middle Ages, people would wear this gemstone with a belief to protect them from spells and magic.

Today, in the modern era, people may believe or may not believe in these historical facts, but love to have this gemstone in their rings, such as gold engagement rings, platinum eternity rings and so on.

The gemstone is a silicate that is composed of aluminium and fluoride. Topaz basically grows as a mineral crystal in lava flows and rocks. It is sometimes mistaken for diamond. There is also an instance, where in Brazil, a 1680 carat Topaz was mined and was given the name, ‘Braganze Diamond’. Further it was placed in the Portuguese crown and people started believing that it was one of the largest diamonds ever found. Later, they came to know about the fact that it was actually a colourless Topaz. Another interesting fact is that you will find Topaz all over the world, including countries like, United States Of America, Brazil, Germany, Russia, Zimbabwe and so on. The large mines of Topaz are found in Utah. This gemstone is rated 8 on Mohs scale.

Lucky Me I See Ghosts Merch