Drupal 7 Websites Will Reach End of Life In 2023 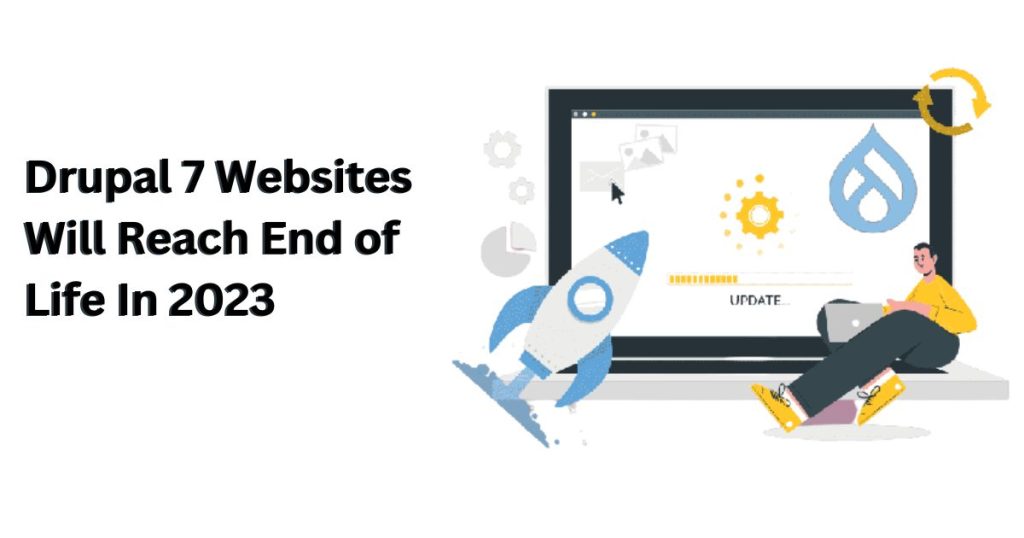 To remain compliant, your powerful, world-class Drupal website must evolve as the internet adapts to new regulations and functional requirements. Drupal 7 will be decommissioned in November 2022-2023. (In reverse order, D8 went out of service in November 2021). Check that your website development company can meet your organization’s key performance indicators (KPIs). Check out the specifics, risks, and our Steps to Prepare for Drupal 9 development to ensure that your Drupal 7 website does not fall behind!

Unleashed experts are sharing critical information about Drupal’s history, how to prepare for a Drupal 9 upgrade, and what the future holds for the leading open-source software as a leading Drupal website development agency and proud open-source community supporter.

Drupal is a free and open-source content management system (CMS) written in PHP. In addition to being free, powerful, flexible, functional, and secure, Drupal CMS allows organizations to build websites using modules. The tens of thousands of Drupal modules currently available for use on the platform are created and contributed by the global Drupal community. Only a small team of developers works on Drupal’s core code.

To better understand the significance of the Drupal 9 upgrade, it’s useful to be familiar with Drupal’s history and previous versions.

The key Drupal community members made a fundamental software design decision not to carry legacy code forward into newer versions in the first few years after Drupal’s launch in 2001. In effect, the most recent Drupal versions would not be backward compatible. This choice made it easier for the developer community to build and maintain the platform’s efficiency and flexibility over time.

As a result, website owners found it more difficult to easily upgrade Drupal to the most recent versions of the CMS. For example, the path from Drupal 7 to Drupal 8 or 9 frequently necessitates a near-complete rebuild of the code and structure because Drupal 7’s codebase is fundamentally different from both Drupal 8 and 9, and thus incompatible by design. These upgrades can be costly and prohibitive for many businesses that rely on Drupal.

Understanding users’ upgrade concerns, particularly the cost of upgrading, Drupal engineers began to consider platforms with layers of code, which allowed newer software versions, such as Drupal 9, to have more frequent but less intensive processes.

Simply put, upgrading from Drupal 6 to Drupal 7 would be equivalent to building an entirely new train track and station.

However, with these latest updates, the Drupal 8 to Drupal 9 upgrade (and future Drupal 9 to Drupal 10 upgrade) will be as if new stations were added to the same track. There will be some planning and expense, but it will be far less than the cost of constructing a brand-new track.

When will Drupal 7 be decommissioned, and what does this mean for you?

Individuals will be responsible for bug fixes, new modules, and security patches, as the Drupal community only supports the two most recent versions of the software to keep the platform moving forward.

Our Drupal India experts hope that this list has been useful in planning your Drupal 7 to Drupal 9 migration. We understand that you want this to be a quick and painless process that adds significant value to your company. If you have any specific questions or would like our team to guide you through this transition, please contact us!

We’d love to hear about your Drupal observations in the comments!